ALUDESIGN was the only supplier ready to approach the challenge

The year 2020 definitely did not start the way that most people have anticipated. Due to the current situation around the whole globe, the demand for respirators grew incredibly. Swiss respirator producer, Hamilton Medical found itself in a situation in which some of its previous suppliers were not able to meet the heightened demand for parts.

Hamilton reached out to many potential suppliers, however, most of them claimed that it is impossible to execute such project within such a short period of time. Only we, at ALUDESIGN, knew that with proper planning and hard work (also during weekends and holidays) we can fulfill this challenging task (we executed this 4 times faster than is usually needed for similar projects).  This is how we received this order from Hamilton Medical and how we can further aid people suffering from respiratory illnesses.

Why was this project so challenging?

Until recently, the already mentioned elements were sand casted (aluminum was casted using disposable moulds). This method is however only useful in the case of short series. An alternative to this method is what we are doing here at ALUDESIGN, which is an aluminum die casting using metal moulds. This method is significantly more efficient since the metal mould lasts for the casting of around 80 000 elements, however, such mould needs to be first designed and then constructed and this process takes time. We did, however, know that human life is at stake here, and thanks to our loyal and highly qualified employees, we were able to take this challenging task. We succeeded! The first elements were already ready on the 21st day after the order has been received, which is 4 times faster than what is usually required.

As for now (one month after receiving the order), the first delivery is already in Switzerland and parts are being used for the respirators. 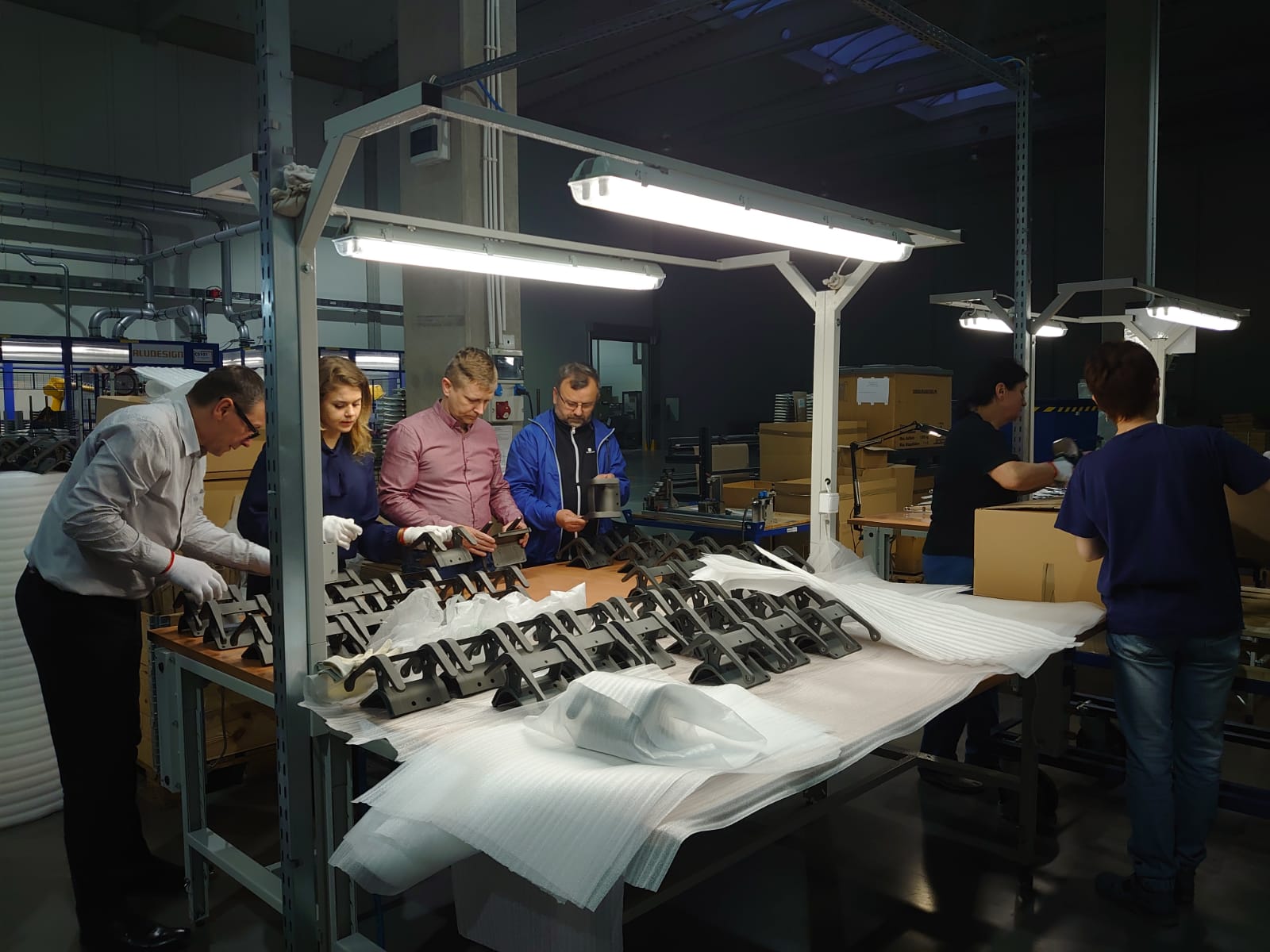 ALUDESIGN S.A. (stock company) offers a full range of services in the scope of designing and constructing moulds, and manufacturing and machining of pressure die cast aluminium elements.